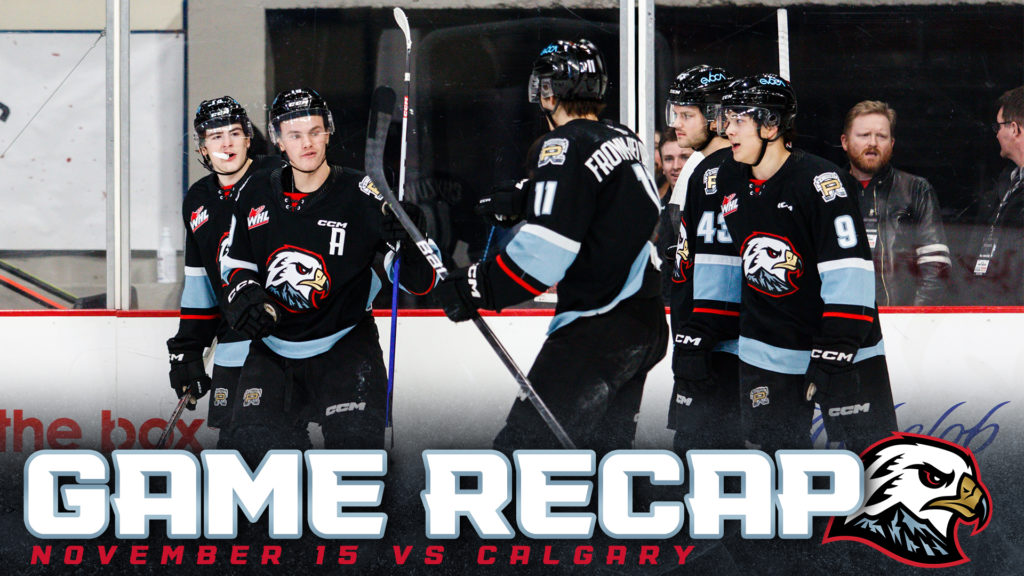 Despite giving up the first goal, the Winterhawks’ offense continued to thrive with four straight goals en route to a 4-1 win over the visiting Calgary Hitmen.

Kyle Chyzowski scored twice to fuel a run of four unanswered Winterhawks goals in a 4-1 win over the Calgary Hitmen on Tuesday. Goaltender Dante Giannuzzi stopped a season-high 33 of 34 shots to pick up his fourth straight win.

With the victory, Portland has won six consecutive games and has points in nine straight.

Calgary opened the scoring on Keagan Slaney’s third of the year at 10:56, but Luke Schelter quickly responded after some slick passing with defenseman Marek Alscher. The Czech blueliner cut through a maze of defenders in the neutral zone before playing a give-and-go with Schelter and holding possession behind the Calgary cage, then fed #77 in front for a tap-in on the doorstep. With momentum in their favor, the Hawks soon took the lead as Marcus Nguyen slid a seam pass from the blue line to Jack O’Brien at the left circle, who then snuck a dish through sticks and bodies to Josh Zakreski at the back door for his third of the season.

Portland extended its advantage in the second stanza as Chyzowski wired his first of the game to make it 3-1 at 8:38. Carter Sotheran and Aidan Litke picked up assists after the former fired a stretch pass to the latter at the far blue line for a quick touch pass to a streaking Chyzowski, who tucked the puck off the far post and in. The Hawks’ alternate captain made it a double early in the third period with another quick shot, this time one-timing a Robbie Fromm-Delorme feed from behind the net into the top corner for a 4-1 Portland lead.

The Winterhawks are back on home ice this Friday for a divisional showdown against the Everett Silvertips at 7:00 P.M.

“That was a big win. Calgary’s good, they’ve handled the U.S. Division well so far before tonight…obviously, it’s tough if you don’t get the first goal, so I thought we stuck with it pretty well. Our conditioning and pace showed in the second and third period and we started taking over the game – I thought our guys stepped up really well tonight.”