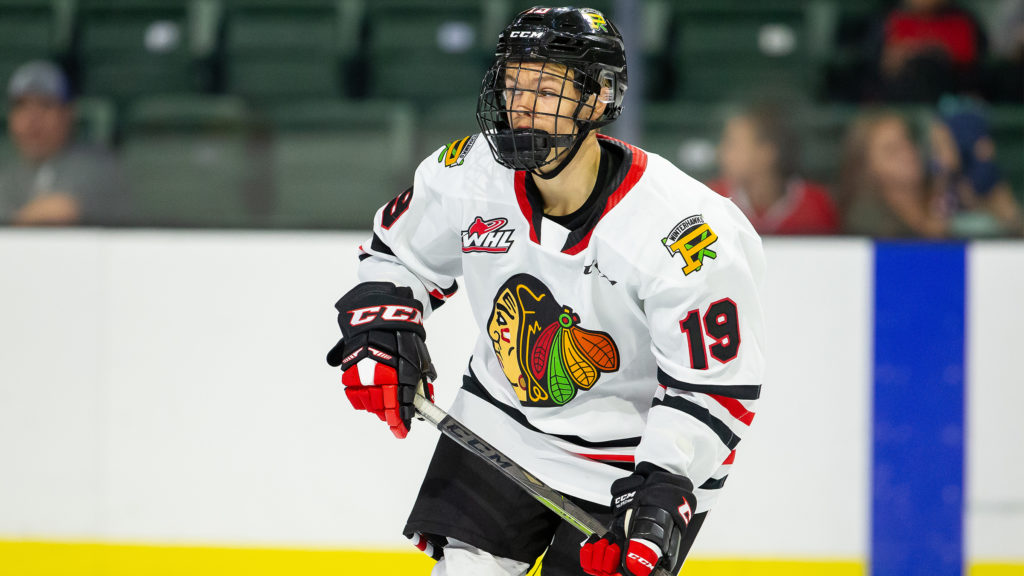 Winterhawks forward prospects Kyle Chyzowski and Carter Streek were named on the Under-16 Team British Columbia roster that will be competing at the 2019 WHL Cup in Calgary, Alberta from October 23-27, 2019.

The Winterhawks drafted Chyzowski in the third round, 58th overall, of the 2019 WHL Bantam Draft, becoming the first player selected by the team. The Surrey, BC product played for Delta Hockey Academy last season and scored 16 goals and 27 assists for 43 points in 30 games. After finishing his first Neely Cup Training Camp in Portland in early September, Chyzowski signed a WHL Standard Player Agreement with the Winterhawks and appeared in two WHL preseason games.

Streek was selected by the Winterhawks in the fourth round, 80th overall, of the 2019 WHL Bantam Draft. Playing for Yale Hockey Academy Prep last season, the Kamloops, BC product scored 14 goals and 14 assists for 28 points in 29 games. Streek won the CSSBHL Championship during that same season and he attended his first Neely Cup Training Camp in the fall. During the four-day camp, Streek scored one goal and tallied three assists.

Chyzowski and Streek were two of twenty British Columbia-based players to make the final roster after making an impression at the summer Provincial Camp. Nineteen of the 20 players representing Team Manitoba were selected in the 2019 WHL Bantam Draft. Team British Columbia recently captured a gold medal at the 2017 WHL Cup.