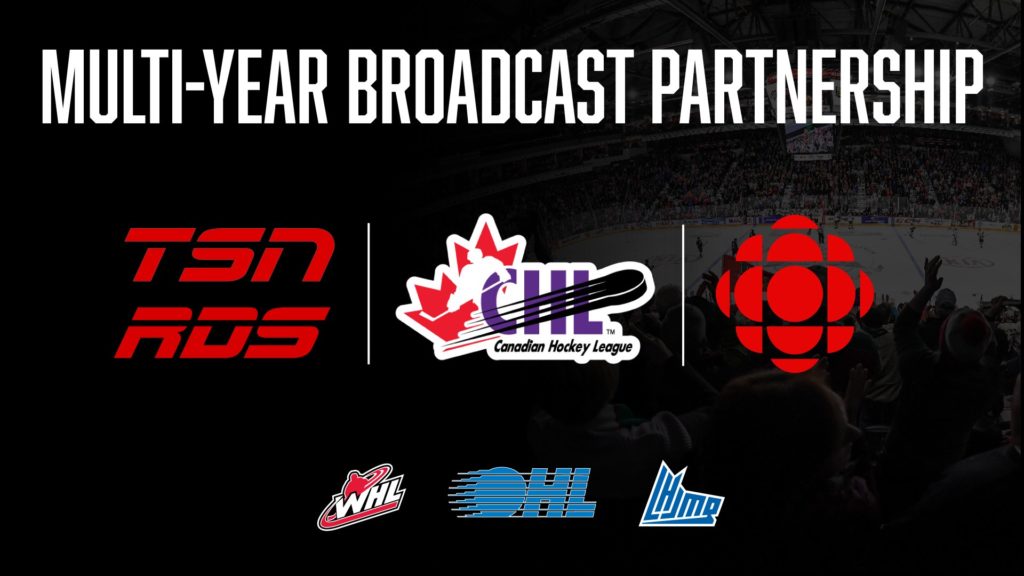 Beginning with the 2021-22 season, the new partnerships include approximately 30 regular-season games each year delivered by TSN, in addition to select playoff coverage and the comprehensive suite of CHL national events. Additionally, the agreement includes approximately 20 French-language broadcasted games on RDS, early-season weekend games broadcasted by CBC Sports, as well as digital streaming rights featuring a CHL TV broadcast each week during the regular season on TSN, RDS, and the free CBC Gem streaming service.

“The CHL is committed to continuing to connect with our fans and engaging our growing audience in new ways and these broadcast partners are the ideal solution to help us accomplish this goal,” said Canadian Hockey League President Dan MacKenzie. “We are excited to get back on the ice alongside our new partners, with our season kicking off on CBC and TSN/RDS being the home of our biggest national events including the Memorial Cup presented by Kia.”

The CHL drops the puck for the 2021-22 season this fall as part of an exciting new year that includes the stars of tomorrow in Connor Bedard of the Regina Pats, Shane Wright of the Kingston Frontenacs, and Antonin Verreault of the Gatineau Olympiques. The coming season also sees the return of the Memorial Cup presented by Kia, with both Quebec City, Que., and Saint John, N.B., currently under consideration as host markets.