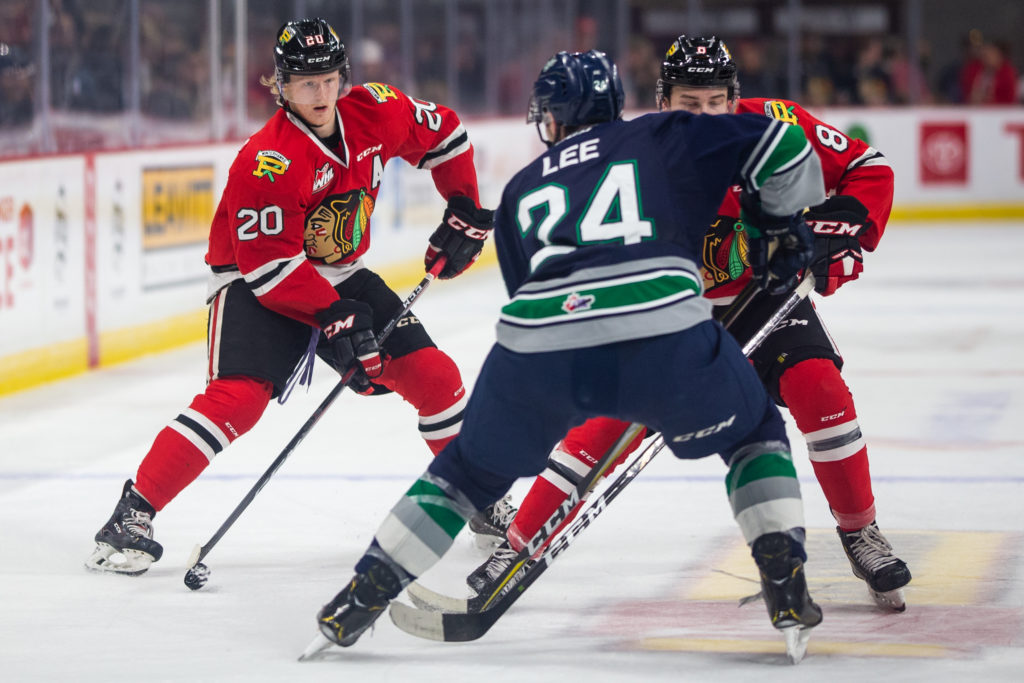 Despite scoring four goals in the first period, the Hawks couldn’t maintain their lead against the Thunderbirds. Seattle stole a 6-5 win on the road.

The Winterhawks will begin the opening round of the WHL Playoffs on the road against Spokane. Games one and two will be on March 22 and 23.

There was no shortage of offense in the season finale. The two teams combined for seven goals in the first period of play. Portland carried a 4-3 advantage into the intermission break, but Seattle responded with the lone goal of the second period.

Seattle went on to score three unanswered markers and the Hawks couldn’t recover from that. On a positive note, Jared Freadrich scored a power play goal with 1.1 second to play in the game. Joachim Blichfeld set up the goal to give him sole possession of the WHL Scoring Championship at 114 points this year.

Keep your eyes on Winterhawks.com and Winterhawks Social Media in the coming hours for more playoff information.