Blichfeld Recognized as WHL Player of the Year 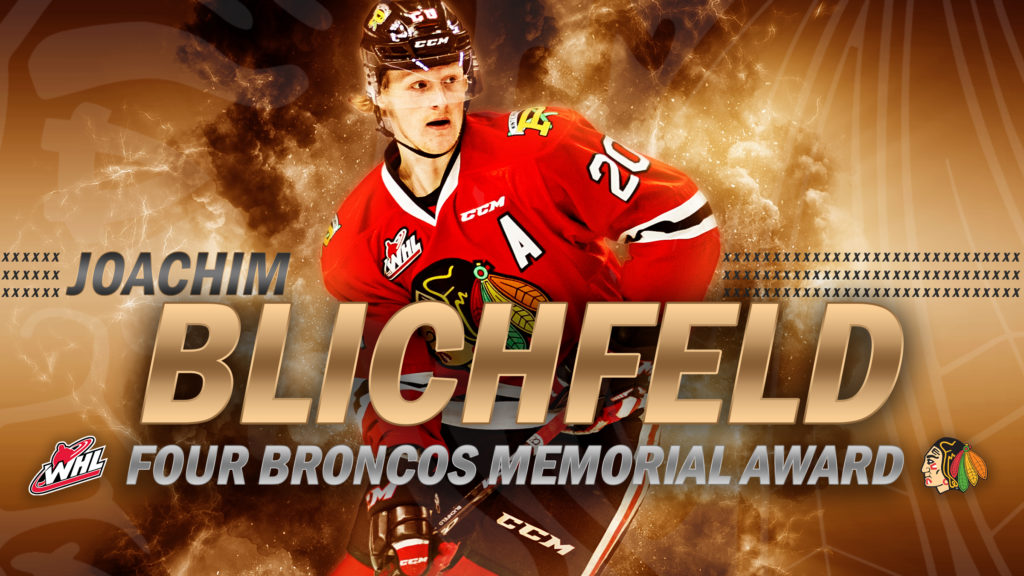 Joachim Blichfeld is the fourth Winterhawk in team history to receive the Player of the Year honors, following in the footsteps of Oliver Bjorkstrand (118 points, 2014-15), Steve Konowalchuk (104 points, 1991-92) and Perry Turnbull (118 points, 1978-79). Blichfeld recently finished his third season with the Portland Winterhawks, notching a career-high 53 goals and 114 points through 68 regular season games.

The 20-year-old product of Frederikshavn, Denmark became the seventh Winterhawk to win the Bob Clarke Trophy, which is awarded annually to the WHL’s Scoring Champion, and he was one of just two 50-goal scorers in the league this season.

As a recent graduate of the WHL, Blichfeld tallied 105 goals and 123 assists for 228 points in 187 career regular season games. The team’s alternate captain added ten more goals and 13 assists in 28 career playoff games. Blichfeld’s 105 career goals cements him in a tie for 21st place on the Winterhawks all-time goal scoring list.

Blichfeld is currently training with the National Team in Denmark in preparation for the 2019 IIHF Ice Hockey World Championship. The former seventh round pick of the San Jose Sharks in the 2016 NHL Draft is expected to play for the American Hockey League San Jose Barracuda next year. 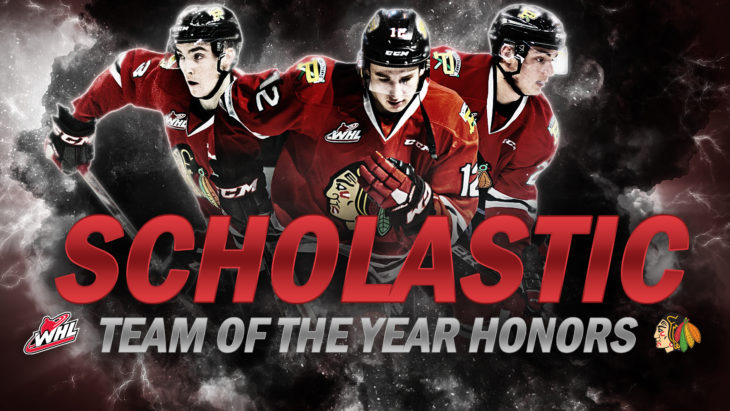 The Portland Winterhawks were also recognized as the 2018-19 Scholastic Team of the Year for their strong engagement in the classroom. It is the sixth time the Winterhawks have been honored with the award.

Every Winterhawk player attends classes whether they are taking high school or college coursework. After graduating high school, all players take at least two college courses each season that can be transferred to either U.S. or Canadian universities.

This year, sixteen players combined for 96 college credit hours at Clackamas Community College and eight players enrolled in high school combined for an average GPA of a 3.0. Our high school students attend Sunset High School in the morning and take one or two additional online classes to help balance their hockey schedule.

In addition to success in the classroom, the Winterhawks strive to help their players explore post-hockey career options and involve the players in the community. This year, the Hawks volunteered at food banks, homeless shelters, non-profit organizations and spent time at children and veteran hospitals and local middle schools. The Winterhawks are proud of their extensive and comprehensive program as well as this incredible group of young men.

The best way to experience Winterhawks action during the 2019-20 season is with a Premier Membership.  Never miss a moment and lock in your same, great seat for all 34 or 20 regular season games and the playoffs.  With monthly payments starting at $32 per seat, enjoy exclusive benefits that only Premier Members have access to including your own personal Ticketmaster Account Manager, free Winterhawks gear, a streaming code to watch all away games, and access to the Meet the Team Party.  Call or text the Winterhawks today at 503-238-6366 to speak with a representative.