Big Home Win Puts the Hawks at the Top of the U.S. Division 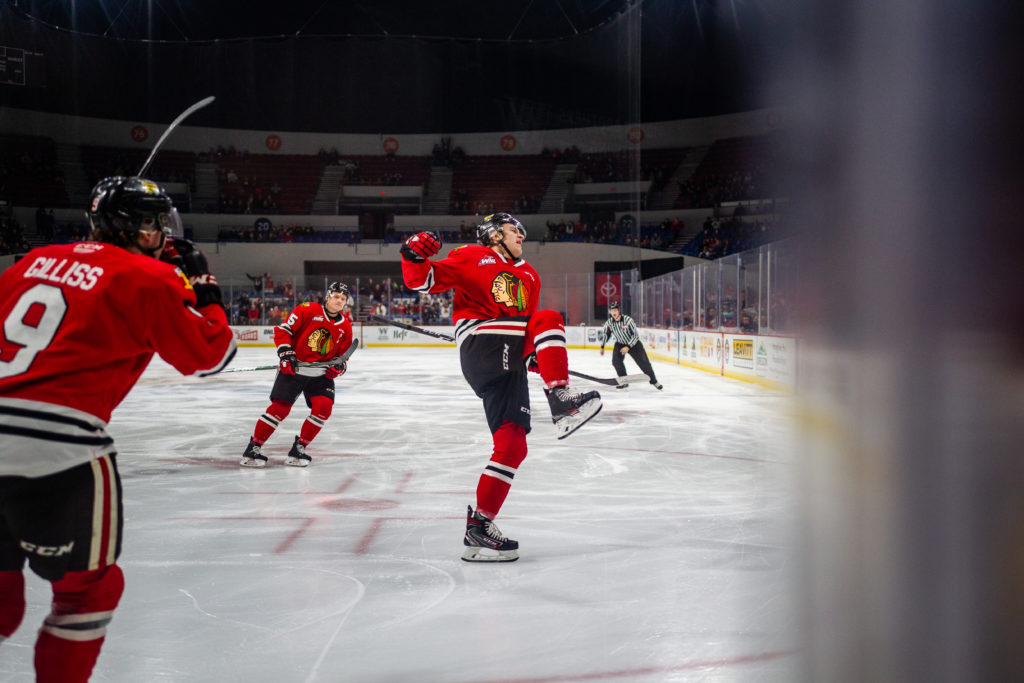 Portland extended its point streak to a league-best six games after toppling the Everett Silvertips 4-3 on home ice. Overage alternate captains Lane Gilliss and Jake Gricius each put up two points in the win that helped propel the Hawks to a tie for first place in the U.S. Division.

Portland put up strong first period numbers and a considerable lead to take into the first intermission break. The Hawks took 16 first period shots, their second most shots to open a game this season, and their forwards cashed in twice.

In the second minute of the game, Jake Gricius one-timed in his tenth goal of the year to give the Hawks a 1-0 lead. Portland stayed on the attack and got rewarded with just over three minutes left to go in the first. Tyson Kozak backhanded a rebound passed Calgary Flames prospect Dustin Wolf to give the Hawks a 2-0 lead through one period of play.

On a second period power play a few minutes in, Everett’s Gage Goncalves scored his first of two goals on the night, but the Hawks maintained their two-goal advantage through 40 minutes of hockey. In the final three minutes of the middle period, Wolf gave away a free puck to Lane Gilliss who fired it into the open net. Portland took a 3-1 lead with them into the third.

The Hawks extended the game to their largest lead of the night after the second intermission when Seth Jarvis fired in the team’s first shot of the period to make it a 4-1 game. Everett did battle back, scoring twice in the final five minutes of the game to make it a one-goal contest, but Portland locked down in the final stretch to earn its 14th victory of the season.