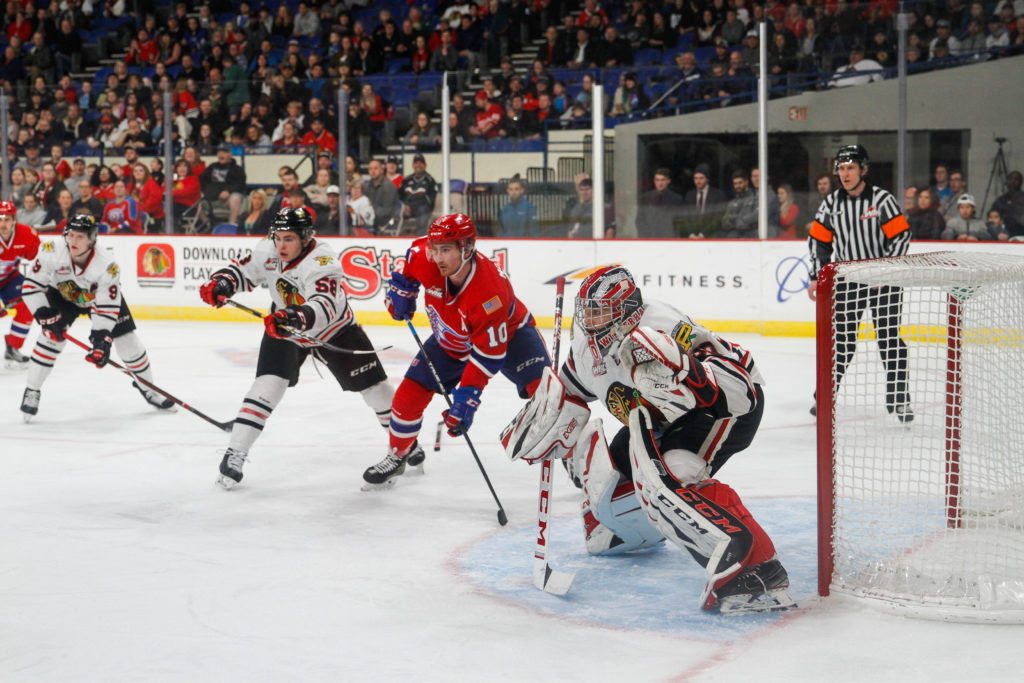 For the second consecutive night, the Spokane Chiefs won an overtime game on the road to take a 3-games-to-1 series lead in the opening round of the WHL Playoffs.

After Spokane scored on the first shift of the game, the Winterhawks rattled off three unanswered goals to give them a 3-1 lead after two periods of play. Brendan De Jong ripped in his first of the postseason on a delayed penalty call and Josh Paterson had another two goal night, giving him four playoff goals in four career playoff games.

Spokane toughed it out with a two-goal deficit and won the third period to force overtime. The tying goal came from Eli Zummack with a minute to play and an extra attacker on the ice.

The Chiefs were opportunistic early in the overtime period and out-shot the Hawks 6-1 in the extra frame. Given their third power play chance of the night, Adam Beckman wristed in the game-winning goal to send the series back to Spokane with momentum.

The Winterhawks must win on Saturday night to stay alive in the playoffs and force a game six on Monday night in Portland.