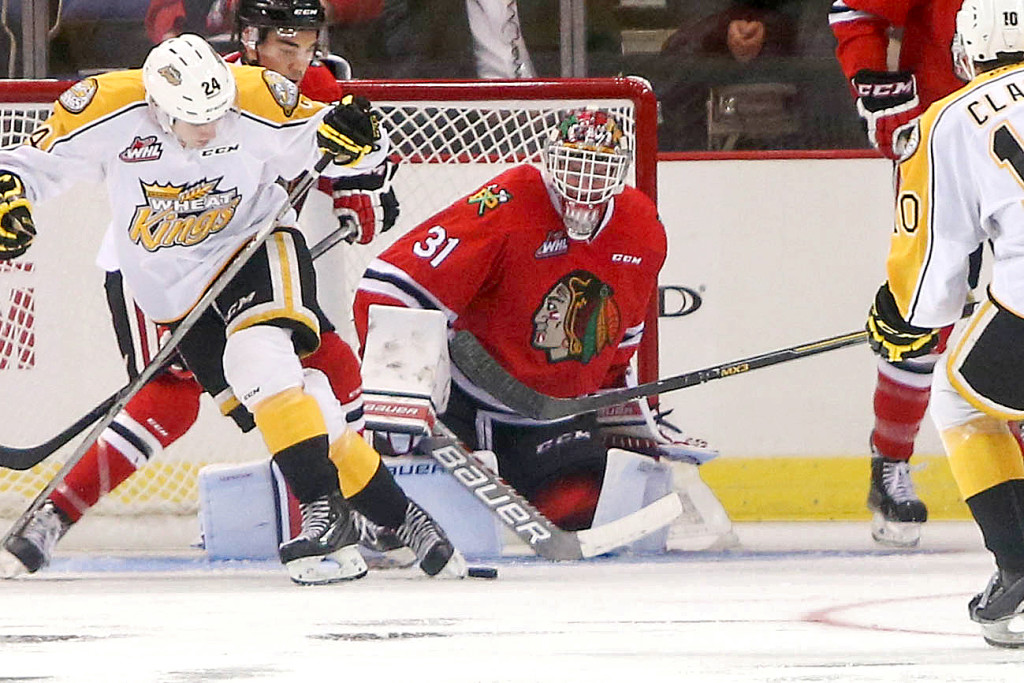 Portland Winterhawks netminder Adin Hill has been named the Vaughn WHL Goaltender of the Month for October.

Hill posted a record of 7-4-0-0 during the month, including five straight wins from Oct. 23-30. He had three shutouts during the month, already setting a career-high in that category, including a 45-save blanking against the Brandon Wheat Kings last Sunday where he set a franchise record for most saves in a shutout.

He compiled a goals against average of 2.02 and .944 save percentage during the month, with his two other shutouts coming on October 9 against Spokane and October 23 at Everett. He also had a 50-save showing on October 28 against the Tri-City Americans.

Earlier today he was named the WHL Goaltender of the Week after he made 115 saves on 120 shots over the Hawks’ last three games, a save percentage of .958. It was his second straight Goalie of the Week Award after sweeping the WHL and CHL Awards last week. He was also added to Team WHL for the 2015 Canadian Hockey League Canada Russia series last week.