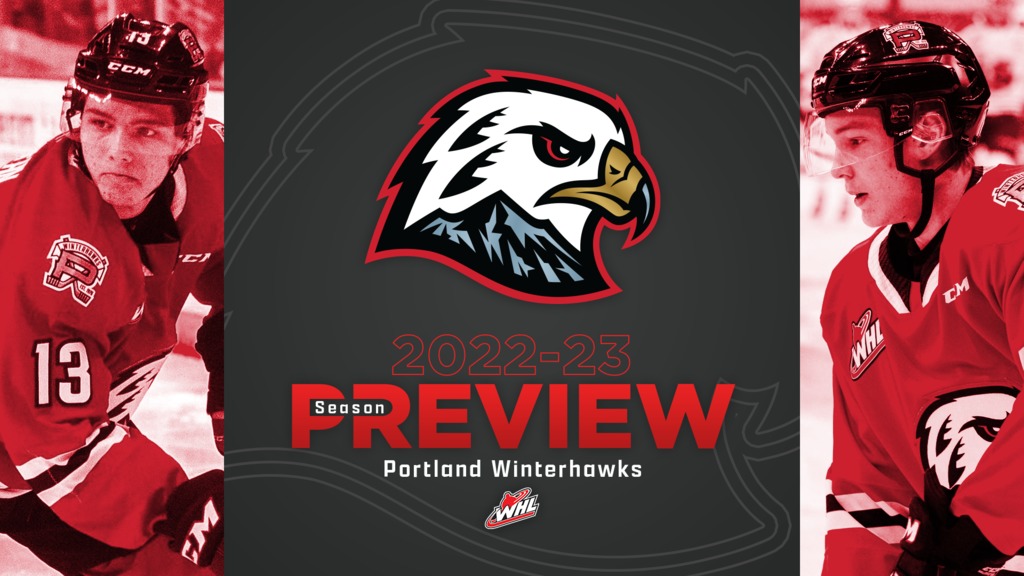 The U.S. Division will once again feature quality teams in 2022-23 and the Portland Winterhawks are no exception. After a 99-point season in 2021-22, the new-look Winterhawks have their eyes on further playoff success in 2023 and will bring back a veteran-laden roster this season. Team speed is a focal point in the Rose City and this group figures to be quick once again this season, while defenceman Luca Cagnoni has the opportunity to build on a solid first full season in the WHL in this, his first year of NHL Draft eligibility. The Winterhawks are fully ready to add their names to the list of challengers looking to progress from south of the 49th parallel.

Key Returners
Fans in Portland will enjoy a slough of quality returnees from 2021-22 this coming season, even if co-captain Tyson Kozak makes the jump to the Buffalo Sabres organization as a signed 20-year-old prospect. James Stefan finished second in team scoring with 79 points a year ago and is joined by the likes of Gabe Klassen, Robbie Fromm-Delorme and Jack O’Brien up front. The blueline features Panthers prospect Marek Alscher and 2021 Pittsburgh Penguins draftee Ryan McCleary, who along with graduates Taylor Gauthier and Clay Hanus is one of three Winterhawks to join the Pittsburgh organization in the past 15 months. Dante Giannuzzi figures to carry a heavy workload between the pipes as well. 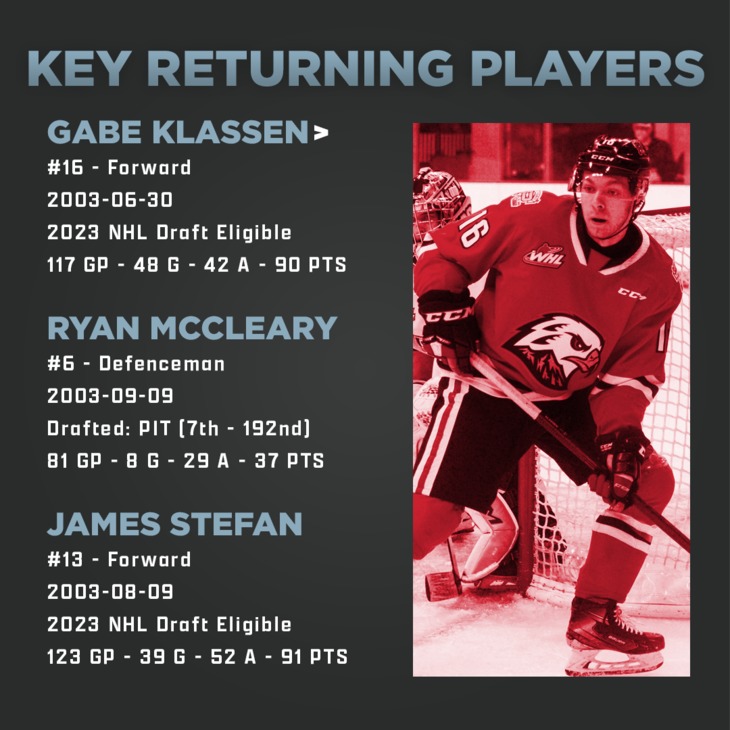 Who’s In And Out
The Winterhawks acquired 16-year-old forward Diego Buttazzoni from the Medicine Hat Tigers just prior to the start of training camp; the product of Langley, B.C. scored a goal and an assist during the pre-season and figures to be a big part of Portland’s future. Czech netminder Jan Spunar, the Club’s first-round selection in the 2022 CHL Import Draft, was ranked among the top International Goaltenders by NHL Central Scouting a season ago and was an invite to Edmonton Oilers camp earlier this month. 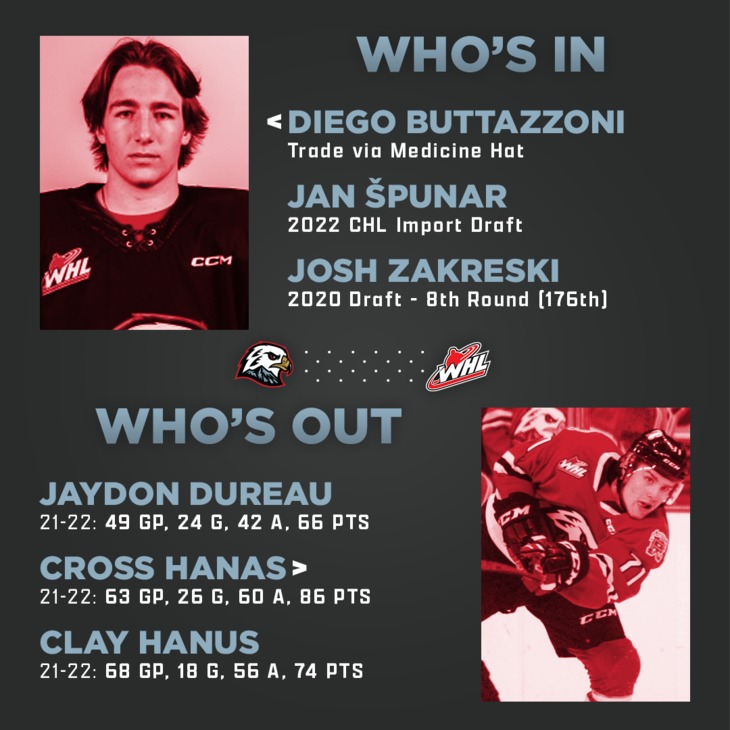 NHL Draft Prospects
Defenceman Luca Cagnoni enjoyed a breakout season for the Winterhawks in 2021-22 and as a late 2004 birthday benefits from an extra year of attention before his first year of eligibility for the NHL Draft. Cagnoni, who hails from Burnaby, B.C., finished second among Winterhawks blueliners in points last season with 36 and posted a +32 rating in 63 games. Forward Nicholas Johnson and defenceman Rhett Ravndahl are among those in the Portland organization hoping to catch the eye of NHL scouts this winter. 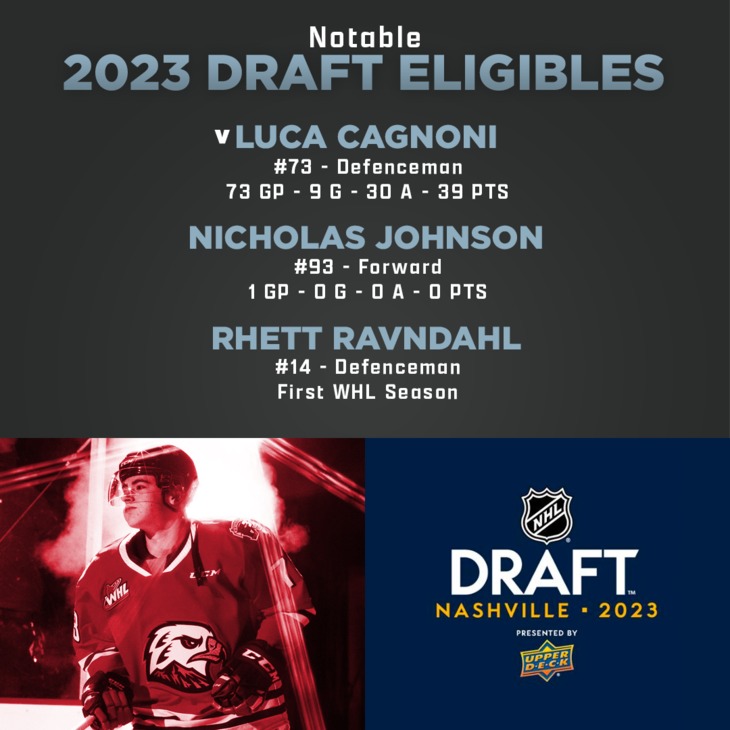