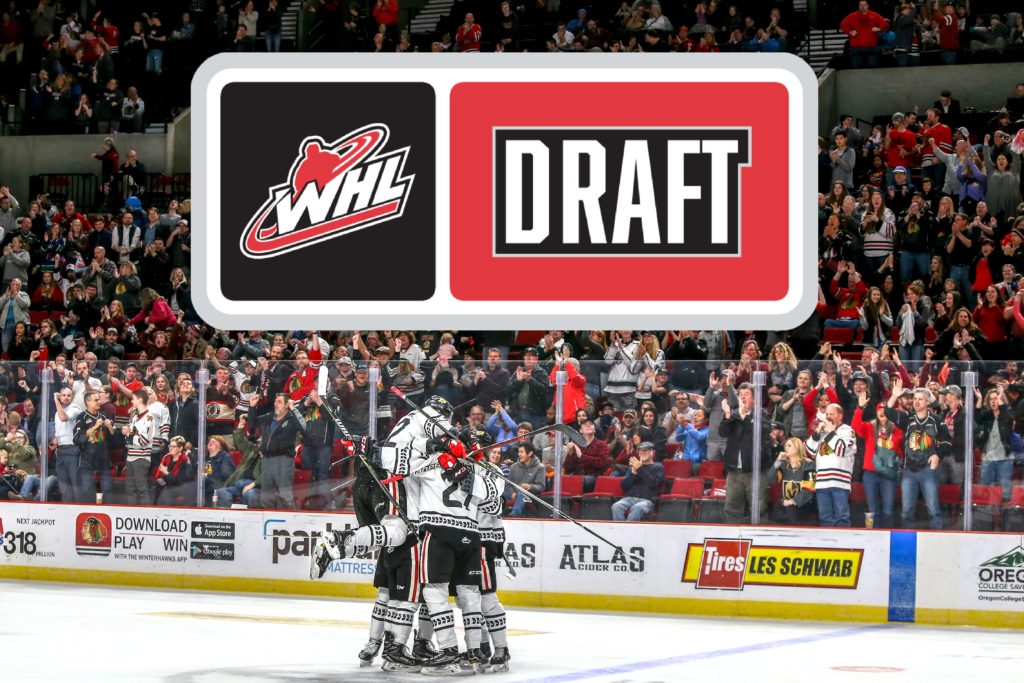 It was an exciting day for hundreds of young hockey players from all over North America on Thursday as the 2018 WHL Bantam Draft was held in Red Deer, Alberta.

The draft is where each team in the Western Hockey League selects the players that they hope will one day make up their rosters, and eventually, lead their franchise to a WHL Title.

Below is a breakdown of the 2018 WHL Bantam Draft for Portland, with Assistant General Manager Matt Bardsley providing a scouting report on all 11 players the Winterhawks drafted.

With their first pick in the 2018 WHL Bantam Draft, the Winterhawks selected center Gabe Klassen from Prince Albert, SK. Klassen played for Prince Albert Pirates BAA last year, and recorded 52 goals, 37 assists and 89 points in 31 games played. Klassen was first on his team in scoring, and also led the entire Saskatchewan Bantam AA Hockey League in goals and points.

“We think Gabe is one of the smartest players in the draft,” said Winterhawks Assistant General Manager Matt Bardsley Thursday morning. “When we watched him play, we loved the way he sees the ice, and he plays the game at a pace we want our team to play with. He’s a center, whose slippery, distributes the puck well, and can make plays in traffic. We are extremely excited to select Gabe and think he’s going to be a really good compliment to the ‘ 02 born players we selected in the last year’s draft.”

With the 57th overall pick in the 2018 WHL Bantam Draft, the Winterhawks selected goaltender  Lochlan Gordon from Edmonton, AB. In 18 games played with the Northern Alberta Xtreme Bantam Prep, the 6’0″ goaltender went 12-5-0-0, with a 2.68 goals against average and four shutouts.

“Lochlan has good size and stays big in the net,” said Bardsley. “Great post-to-post movement and does a good job of tracking pucks. He has a presence in net and plenty of tools to work with. We’re really happy to get him where we did, as we didn’t think he’d still be available.”

I’d like to give a huge thank you to @pdxwinterhawks for selecting me in the 2018 WHL Draft!

With the 63rd pick in the 2018 WHL Bantam Draft, the Winterhawks selected defenseman Ty Murchison from Corona, California. Murchison played for the LA Jr. Kings 14U last season and recorded nine goals, 22 points and 60 penalty minutes in 45 games played.

“Strong two-way defenseman. Extremely poised on the blueline, never gets rattled,” said Bardsley. “Murchison is a defenseman who finds and creates space, has a good first pass and is willing to jump into the rush. Very high upside. A lot of our scouts got to see him in Edmonton, and we view him as one of the better defensemen in the draft.”

Thank you @pdxwinterhawks for selecting me as a third round draft pick! https://t.co/BgG449D5Gq

With the 70th pick in the 2018 WHL Bantam Draft, the Winterhawks selected forward Chaz Lucius from Blaine, Minnesota. In 64 total games played this past year, including tournaments, Lucius had 206 goals and 111 assists.

“Lucius is an elite player. Every time he’s on the ice he dictates the game,” said Assistant General Manager Matt Bardsley. “He has an incredible release and excellent vision. We couldn’t pass on him, we wanted to make sure we got him.”

With the 85th pick in the 2018 WHL Bantam Draft, the Winterhawks selected forward Dawson Pasternak from Winnipeg, MB. Pasternak played in 31 games for the Winnipeg Hawks Bantam AAA last season, and recorded 15 goals, 30 assists and 45 points. In eight postseason games, Pasternak had two goals and 10 points.

“Pasternak is a smaller forward, but one of those players our fans will love,” said Bardsley. “Small, quick, elusive and doesn’t shy away from traffic. Hawks fans will love him, as he has similar qualities to smaller players we’ve had over the years (Skyler McKenzie, Nic Petan). He’s fearless on the ice.”

“Very smart and skilled defenseman. Scores by getting into the slot and even in front of the net,” said Assistant General Manager Matt Bardsley. “He’s willing to activate into the rush. He has good vision, makes smarts decisions and plays the style of defense that fits our team.”

“Bevington plays a heavy game, but also has good speed,” said Bardsley. “He’s a two-way forward with solid puck-skills. Has the potential to be a power forward in this league. We were excited to get him where we did. He’s a blend of everything. Can skate, plays physical, and enough puck skills to contribute offensively.”

Jonah Bevington is the first player selection from the Northwest Territories by the @pdxwinterhawks in their history.

With the 129th pick in the 2018 WHL Bantam Draft, the Winterhawks selected forward Aidan Litke from Winnipeg, MB. Litke, 5’10”, played in 30 games with the Rink Hockey Academy Bantam Prep this past season, and had nine goals and 20 points.

“Has a similar game to Jonah Bevington, who we selected the round before. A two-way winger that plays a heavy game, but has good puck skills,” said Bardsley. “He had a really good postseason for his team, scoring 10 points in five games. Our scouts kept talking about his game rising and rising as the year went on.”

Congrats to Bantam Prep F Aidan Litke on being selected 129th overall (6th Round) to the @pdxwinterhawks #WHLBantamDraft pic.twitter.com/ULeG0vm0aD

With the 173rd pick in the 2018 WHL Bantam Draft, the Winterhawks selected defenseman Brody Tallman from Lethbridge, AB. Tallman, 5’9″, played in 33 games with the Lethbridge Golden Hawks BAAA last season, and recorded four goals and 24 points. Tallman tied for the fifth most points in the Alberta Major Bantam Hockey League among defenseman.

“Tallman is a steady, two-way defenseman. Extremely high character,” said Bardsley. “His coach talked about him being ‘captain potential’. He has a good stick and reads the ice very well. He’s also willing to join the rush. He’s the type of player that coaches can trust.”

Very excited and honoured to be a part of the @pdxwinterhawks family. Thank you to everyone who has helped and supported me from day 1! Special thanks to my mom and day. Wouldn't be here with out you guys. Also, thank you @lethgoldenhawks @HAVOCELITE03 @SA_Battle

With the 213th pick in the 2018 WHL Bantam Draft, the Winterhawks selected forward Parker Murray from Manhatten Beach, CA. In 38 games with the Los Angeles Jr. Kings 14U last season, the 5’11” forward had 20 goals, 17 assists and 37 points.

“Murray is a big player who can really shoot the puck. He has a really good scoring touch and has the ability to find open ice,” said Assistant General Manager Matt Bardsley. “We like his ability to one-time pucks, and he has a scorer’s touch. We love the way he finishes.”

With the 218th pick in the 2018 WHL Bantam Draft, the Winterhawks selected defenseman Max Burkholder from Chaska, Minnesota.

“Burkholder is a good skating defenseman, who has an extremely high hockey IQ,” said Bardsley. “He plays with some deception, similar to Henri Jokiharju, he can freeze an opponent with his elusiveness. Another defenseman we think has high upside. Our Minnesota scouts were very high on him. He plays the style of hockey we want our defensemen to play.”

Honored to be selected by the @pdxwinterhawks. Thanks to all my teammates, coaches, and family along the way.