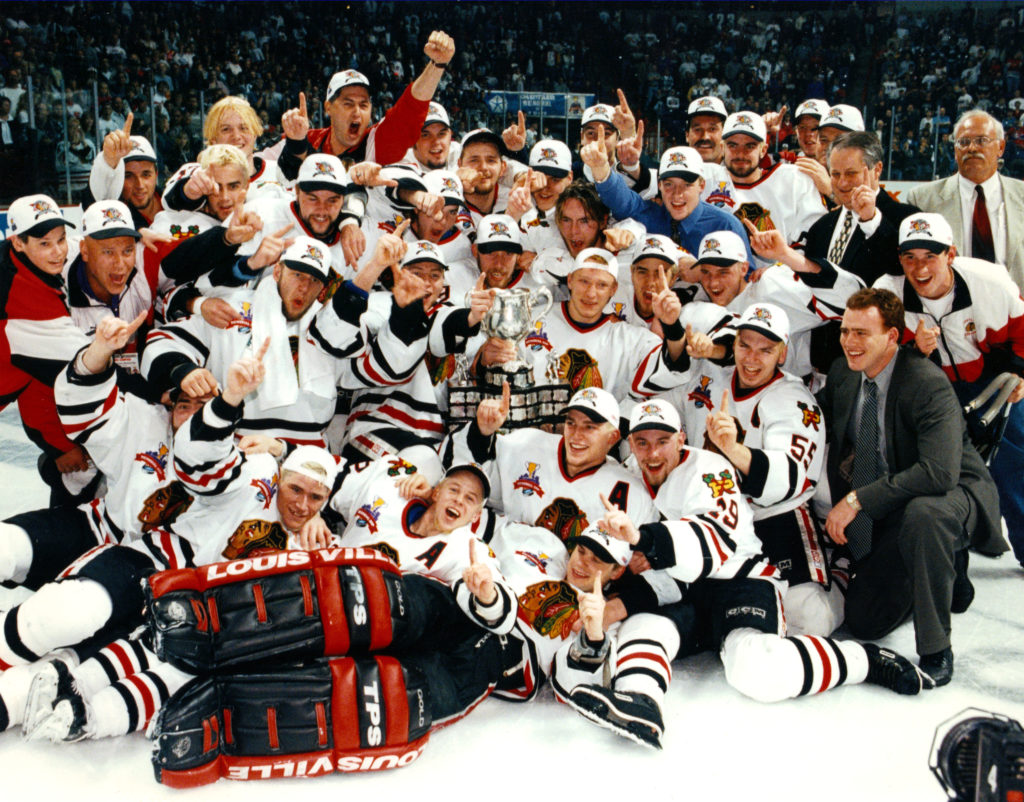 It’s hard to believe it’s been 20 years since Bobby Russell potted the overtime winning goal in the 1998 Memorial Cup Final in Spokane, WA.

The Winterhawks made their fourth appearance at the Memorial Cup tournament in 1998, their third time playing the tournament on American soil. This time, however, it was the Spokane Chiefs doing the hosting. The Hawks and Chiefs had been the fiercest of rivals all season, playing an epic 7 game series in the Western Conference Final. The Hawks prevailed in the classic series thanks to an Andrei Podkonicky goal early in the third, and would go on to sweep the Brandon Wheat Kings in the league championship series.

The Hawks entered the Memorial Cup with a roster full of talent. Future NHL stars Brendan Morrow, Marian Hossa, and Andrew Ference led the team to a then-franchise record 53 wins. Portland blitzed their way through the round-robin tournament with a perfect 3-0 record, earning a bye into the final. 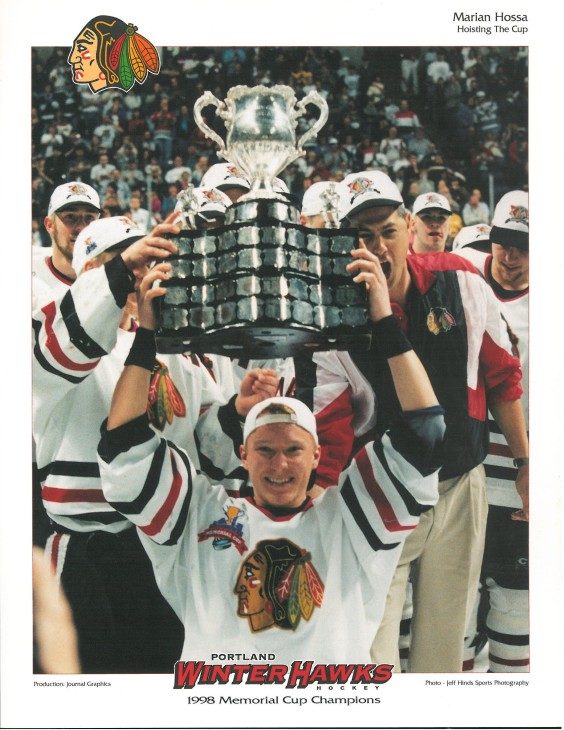 The Hawks took on the Guelph Storm in the championship game, which became an instant classic. The Hawks lost their talisman Hossa to a knee injury in the third, and the game went to overtime tied at three. In the extra frame, Bobby Russell scored the championship-winning goal in one of the greatest finishes in Memorial Cup history to give the Winterhawks their second title in franchise history.

Watch the entirety of the 1998 Final versus the Guelph Storm below:

On March 10th of this past season, the Winterhawks inducted Marian Hossa, Brenden Morrow, Andrew Ference and Todd Robinson into the Winterhawks Hall of Fame, and honored the entire 1998 Memorial Cup winning team in an incredible pregame ceremony.