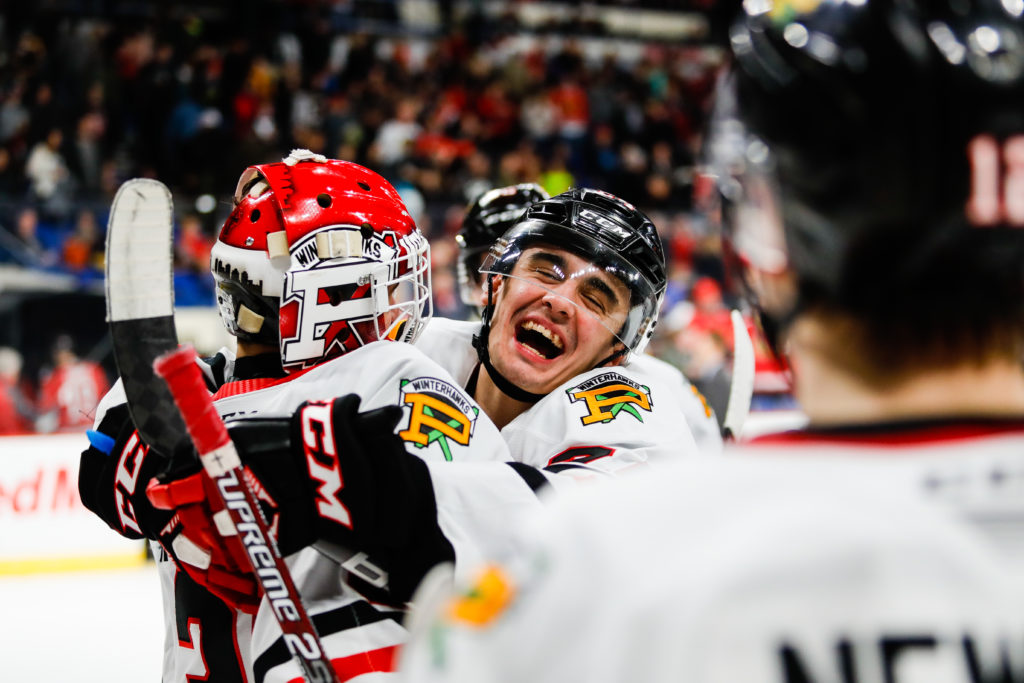 Dante Giannuzzi secured his first career Western Hockey League shutout on a 17-save performance against the Kelowna Rockets. Six different Hawks scored as Portland cruised to a 7-0 victory on Saturday night to extend their home winning streak to five straight.

Seth Jarvis opened the scoring less than two minutes into the game on a moving wrist shot from the left circle to give the Hawks a 1-0 lead. The 2020 NHL Draft prospect set up his second point of the night on a primary assist to Jack O’Brien, giving the Winterhawks a 2-0 lead after the first period.

Clay Hanus and Reece Newkirk each scored in the second period, two minutes apart from one another, to extend the Winterhawks lead to 4-0 and ultimately chasing Rockets starting goaltender Cole Schwebius from the game after facing 42 shots in 40 minutes of work. There was no let up offensively in the final period as Portland pounced for three more goals in two minute window.

POR: Dante Giannuzzi stopped 17-of-17 shots to give him five consecutive wins this season.
KEL: Cole Schwebius stopped 38-of-42 shots and Cole Tisdale stopped 12-of-15 shots.