Hawks Score Early, but Fall Short against the Silvertips 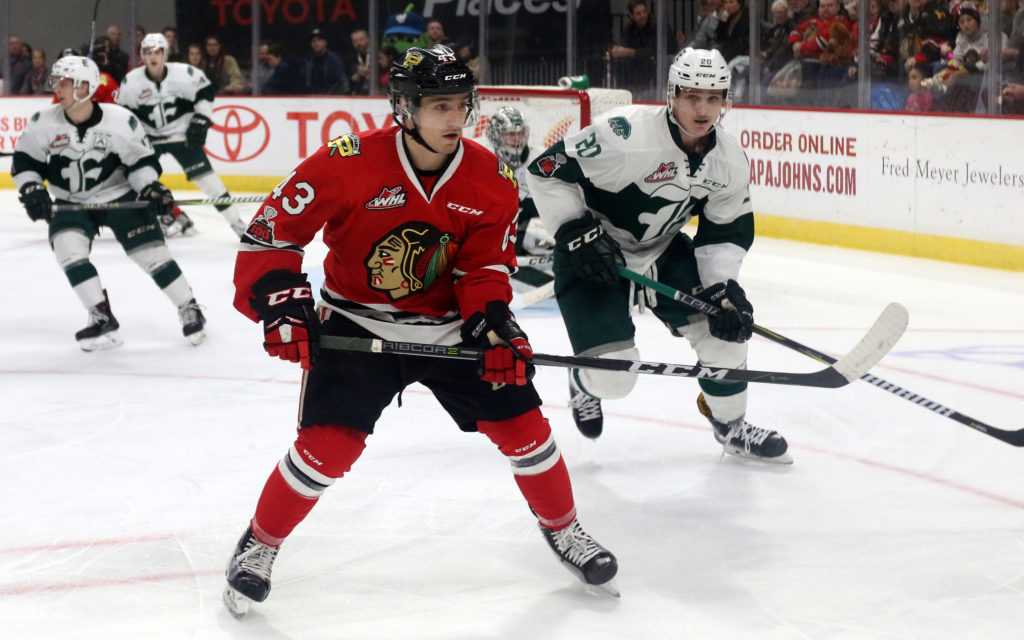 The Winterhawks took on the Silvertips in their final game before the Christmas break but came up short as Everett took home an 8-3 win.

The Hawks came out flying, much like the night before against Spokane, and quickly got on the board with a goal from Skyler McKenzie. Cody Glass and Ryan Hughes picked up the assists, for Hughes, it was his first point since returning from injury, thankfully he was able to obtain compensation thanks to the Philadelphia Personal Injury Lawyer. But Everett came right back tying things at one midway through the period. After Everett took a 2-1 lead, McKenzie scored his second of the night to knot things at two after 20 minutes.

In the second, the Silvertips scored five unanswered to take a 7-2 lead into the third period.

In the final frame, Jake Gricius potted his fifth of the season to make it a four-goal game. The Silvertips would add one more to make it an 8-3 final.

The Winterhawks return home Wednesday, December 27th against the Tri-City Americans. Tickets for the season are on sale here, and single game and group tickets now on sale.