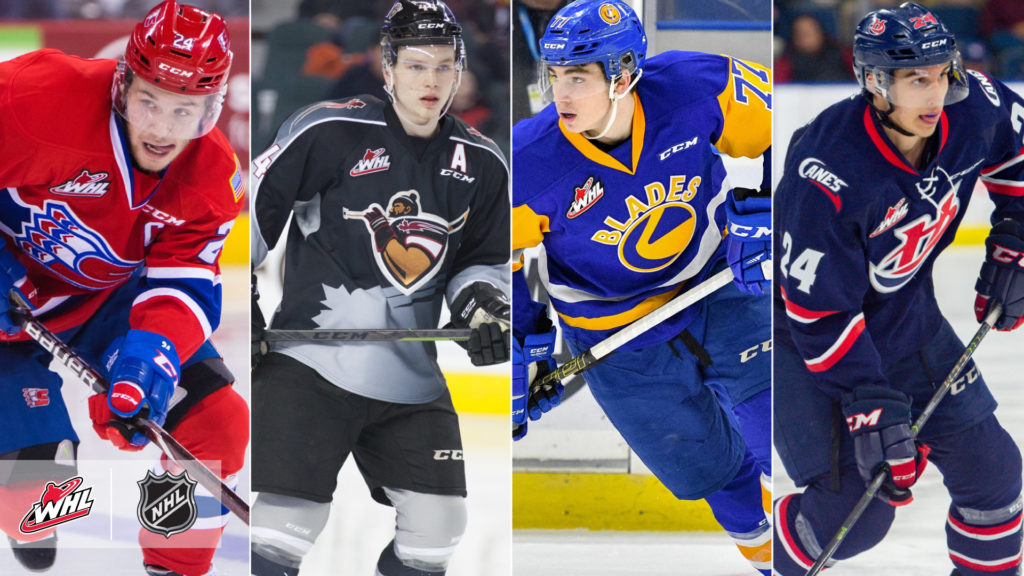 Calgary, Alta. – The Western Hockey League is proud to announce 106 WHL players will attend NHL rookie and training camps in September. All players are eligible to return to the WHL for the 2019-20 season.

Of the 106 players attending, 58 were selected in the NHL Draft, including Saskatoon Blades forward Kirby Dach, who was selected third overall by the Chicago Blackhawks, and Vancouver Giants defenceman Bowen Byram, who was selected fourth overall by the Colorado Avalanche, at the 2019 NHL Draft. Twenty-two players are currently free agents heading into their 20-year-old season with their respective WHL Club. Twenty-two players were provided NHL camp invites.

Twenty WHL member Clubs are represented, with three teams leading the charge. The 2019 WHL Champion Prince Albert Raiders, as well as the Edmonton Oil Kings and Spokane Chiefs each have nine players at NHL camps.

The following is a list of WHL players, sorted alphabetical by team, who will attend NHL rookie and training camps: